Hi! I’m Na’Tosha. Thanks for stopping by. 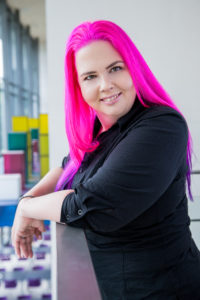 I am a software developer by trade and over the course of my career so far, I’ve head the pleasure of working on what seems like everything from low-level device-driver development to end-user applications to development tools to cloud services and what seems like most things in between. For the last several years, I’ve been working at Unity Technologies as a tech leader in R&D. The more experience I’ve gained, the more I’ve realized that building great teams and driving them to build great tech lets me do way more than I could ever do on my own, so this is what I do now.

I try hard to be a good example for other women in tech and I work to empower other women to find their own path to creating technology.

I am originally from the USA; I grew up in Texas and then moved to Florida for for a few years after graduating from Texas Tech University in 2007.  In 2010, my husband and I moved to Copenhagen, Denmark and we’ve been here ever since.

I have been married for several years to my husband, Levi, and we have a young son who I refer to on this blog as Baby Bard. We also have two cats named Ruby and Perl.